Two Doodles at the same time? 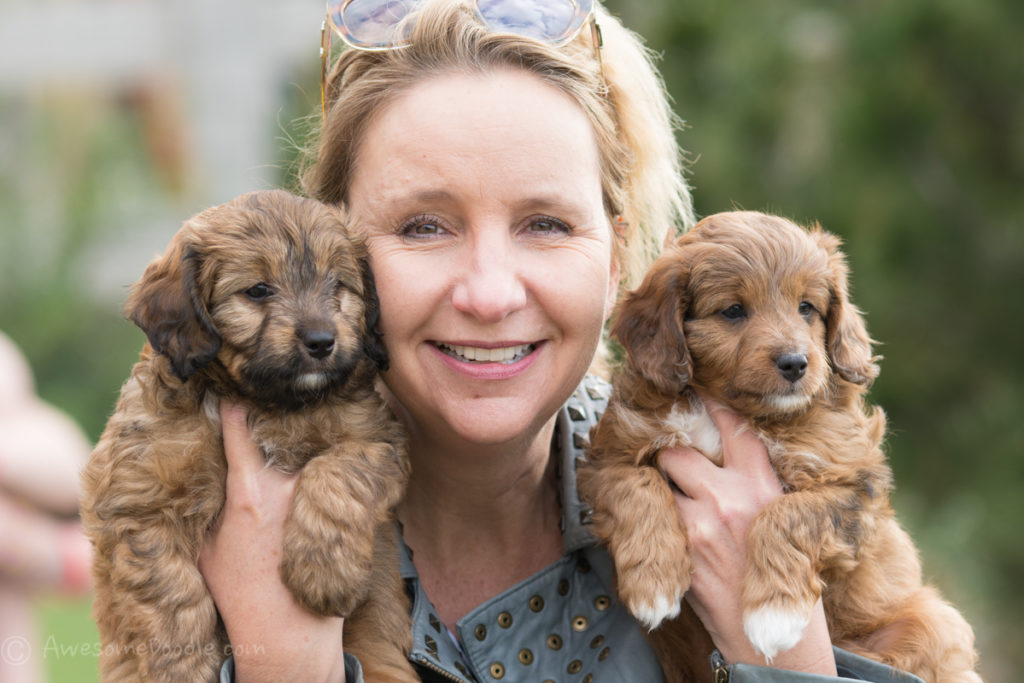 Q: What is your opinion/advice on raising two puppies at once? I’ve heard horror stories about behavioral issues that it may cause but I’ve also heard cases in which it didn’t seem to make any difference at all.

A: If you are getting two puppies from the same litter, or two puppies at the same time, your chances for having two calm puppies, who pay attention to you, is slim.

They will play and wrestle all the time and be less likely to be engaged with you. It will be more difficult to train them. We are firm believers that you can “shape” a puppy’s behavior, and this includes shaping a more calm dog, or a more hyper dog. When two puppies are together, they pretty much play hard, fall asleep, play hard, fall asleep. This constant rambunctious play is “reinforcing” to the puppies. In other words, they like it, and they begin to behave this way all the time, even when the other dog isn’t around. So you become the “other dog” that they try to wrestle with.

We’ve personally seen several situations where a person got two pups at the same time and they did NOT take the time to train them separately. The dogs would run around like idiots wrestling all the time. The dogs would amp each other up and go bananas any time someone walked by the window. They weren’t “bad” dogs, but neither dog really cared about humans as much.

We’ve seen other situations where families have gotten two puppies and diligently took the time to train each one individually. While these dogs were slightly better, as soon as the training was over, they went back to wrestling like idiots. These dogs are more likely to be mouthy as adults.

If you’re diligent and an excellent dog trainer, you may be able to balance them by keeping them separated at times, so you can train each one individually. Raising a puppy, especially an AussieDoodle, is challenging. Raising two at the same time, can be torture. Yes, the puppies will entertain each other and be best friends, but wouldn’t you rather the dog be YOUR best friend? We think it’s best to wait until your first puppy has calmed and is well trained before getting the next.