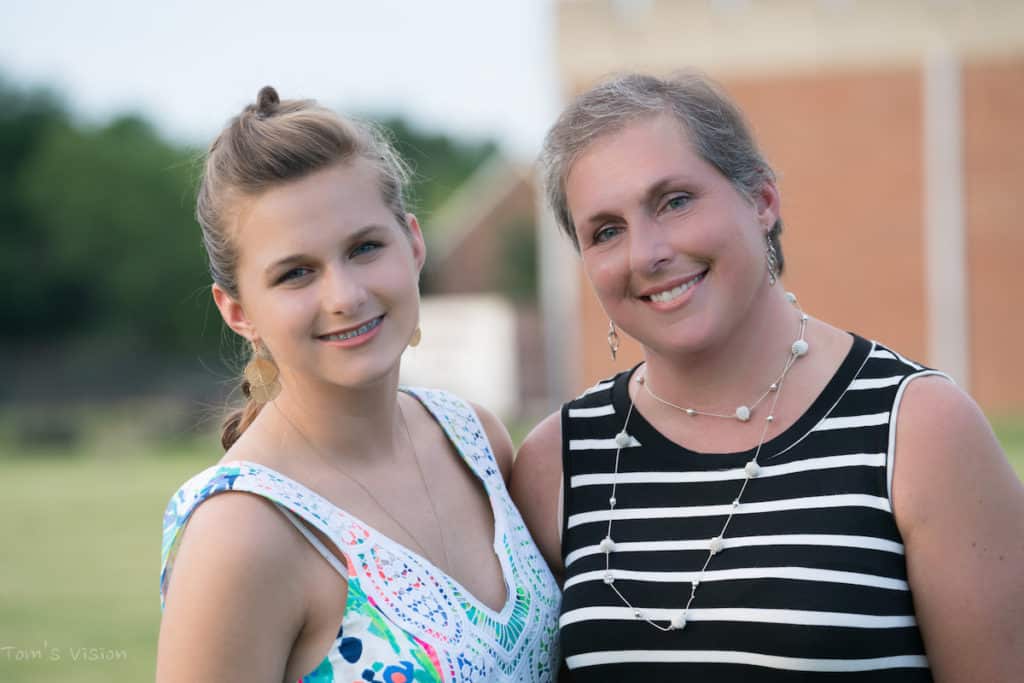 Morgan & Diane - Raising the most Affectionate Toy and Mini AussieDoodles

Diane and Morgan raise their toy and mini size AussieDoodles in Louisville, KY. Their puppies are some of our most wanted, because of the extra time they spend in the puppy box, handling the pups.

When I (Tom) first saw Morgan in our neighborhood (in Louisville), walking her dog on a “loose leash,” I asked her if she was a dog trainer. She said, “No, I just like walking dogs.” Then I asked her what high school she goes to, and if she would like a job walking dogs. She replied, “Yes but I’m in 8th grade and I’ll have to ask my mom.” ha ha!

After some time, I gave Morgan a job walking my adult dogs every day after school. Then, she started taking care of our puppies. She would come to the house and carry a puppy around, as she was cleaning the floor. Sometimes I have to tell her to put the puppy down and get to work! When I have puppies here, she spends at least 30 minutes every day, playing and loving on all the puppies. 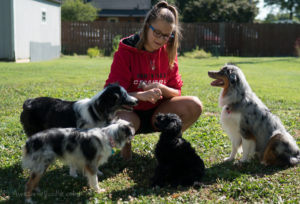 Morgan and her mom, Diane, took a liking to my Aussies and of course the puppies. Several months later, we found two Aussies for Morgan and Diane. These dogs came to us from one of the top breeders in the country. In fact, Maddie is a “cousin” of Mini Poochie.

Diane and Morgan have now raised several litters with AwesomeDoodle. The feedback we get from their puppy owners is always A++. Morgan and Diane give the puppies so much love and attention and stimulation too. Morgan carries those lil wuppies around like human babies and the result is these puppies REALLY trust and love humans. We are so lucky to have Diane and Morgan in the AwesomeDoodle Family. 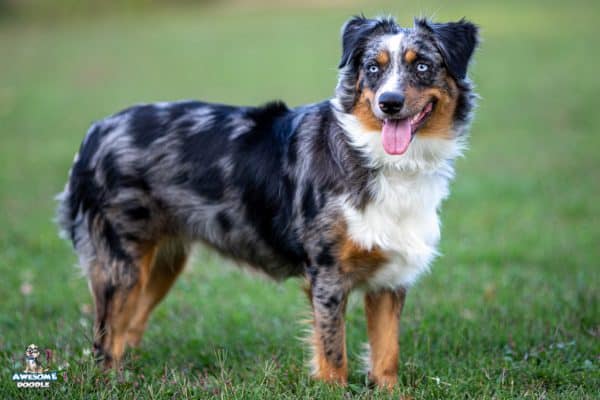 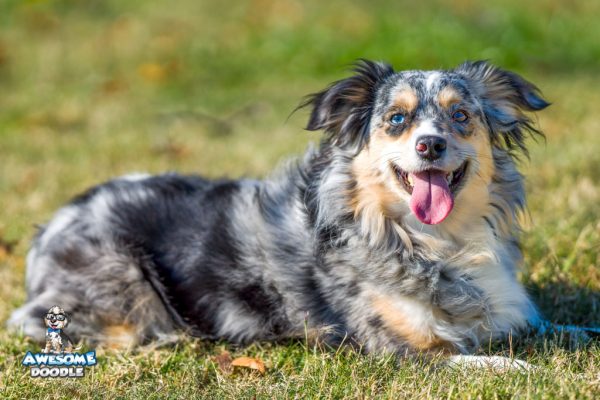 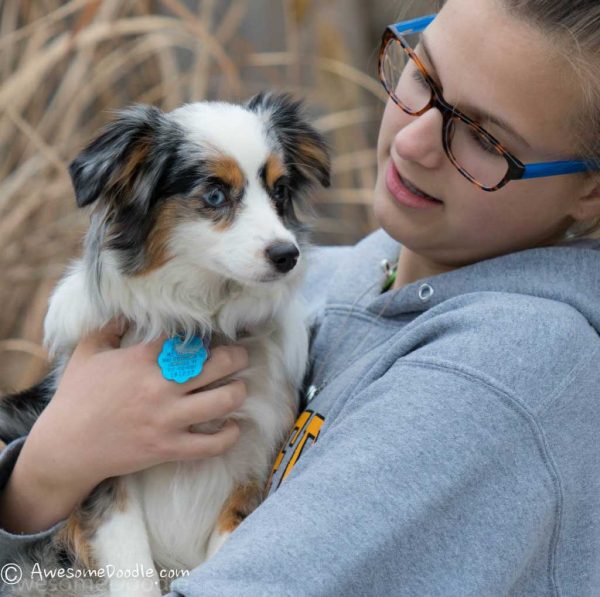 *Some pets may live in their furever homes with other families. Read about our guardian program here.