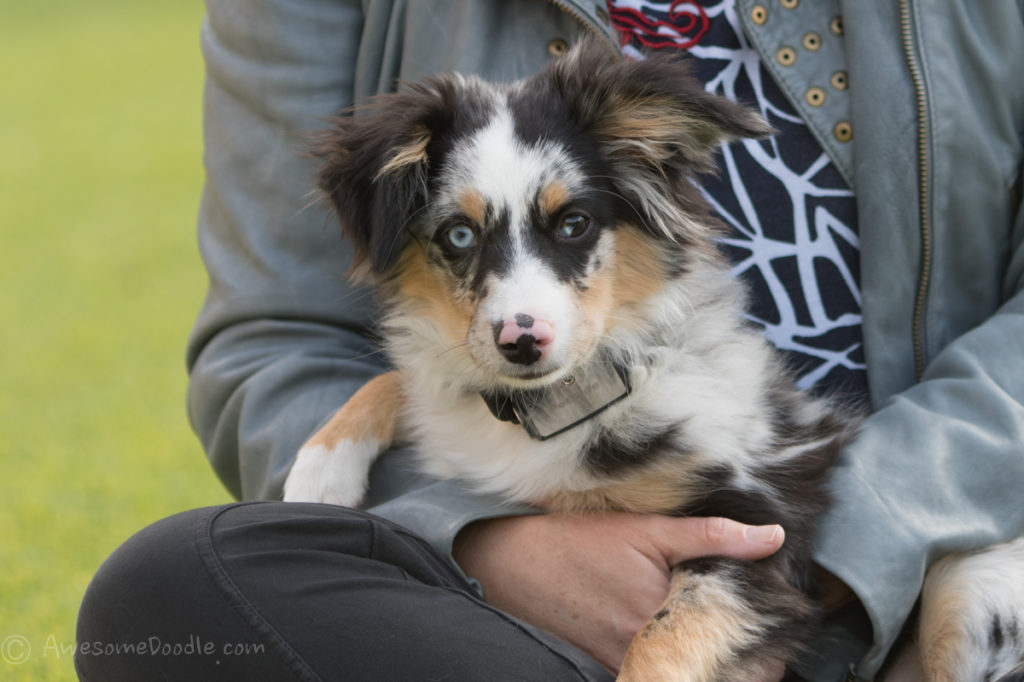 Zorro - He is a cute "masked" Australian Shepherd.

When I first saw Zorro i fell in love. I immediately knew what his name would be. He was going to be my little masked stud. He was going to be a lover. He has a mask so he would be a Latin lover! So “El Zorro” it was, which means “the fox. What a sweet lovable lover he is. Zorro is a 20 pound Blue Merle Miniature Australian Shepherd with one blue eye and the second eye being mostly brown with some blue as well. He’s super playful and snuggly and sometimes very independent at the same time. He is very gentle as well. For example, when Auna and Glimmer’s puppies were about 6-8 weeks old he would play ever so gently in the kitchen with them. My other older dogs might play a little too rough but Zorro knows exactly how soft to be with these babies and sometimes they even gang up on him but he’s OK with that. Zorro even helps me entertain the puppies. I let him in the kitchen area with the pups and he plays and entertains them, he’s my puppysitter. He is an AWESOME AwesomeDoodle daddy!