“We haven’t written back in a while, partly because it’s been a busy summer but also partly because Barley has been such a laid back and fun dood – that we’ve been able to take on each new phase in stride and haven’t faced any major challenges or setbacks. We’ve spent a lot of our summer remodeling our home, which means that for several weeks in a row, Barley made near-daily trips to Lowe’s with us which has made him great around strangers and in public settings. Despite the remodel disruption, Barley got the hang of potty training pretty early on (with a few exceptions along the way) and we think his general adaptability to various settings is another outcome of the house project.

Barley loves walks and trips to our nearby park, where he has gotten really good at jumping from tree stump to tree stump at the playground. We also get a kick out of our monthly Barkbox subscription to get new toys and different treats all the time. In the summer heat he loves getting in the water and either splashing or just taking a quick soak.

Over the past 2 weeks we’ve been phasing in daycare a bit more, which he LOVES – I can tell by how fired up he gets when we pull into the parking lot. Not too many dislikes to report… we did have to work on a little bit of anxiety barking if we step outside our fenced area without him, but we’re making progress there too.

Thanks again for all the guidance and support – it has meant a lot even if we haven’t written back every time to say so. This has been such a fun journey and we already can’t imagine our lives without Barley :)”- Lauren

Barley is a black and white tuxedo male aussiedoodle.  He might have some tan coming out on his legs, and he has cute white patches on his paws, chest and chin. He’s so cute! We think he will look like Kip or Duke as he gets older. Congratulations to Lauren and Greg in Massachusetts. 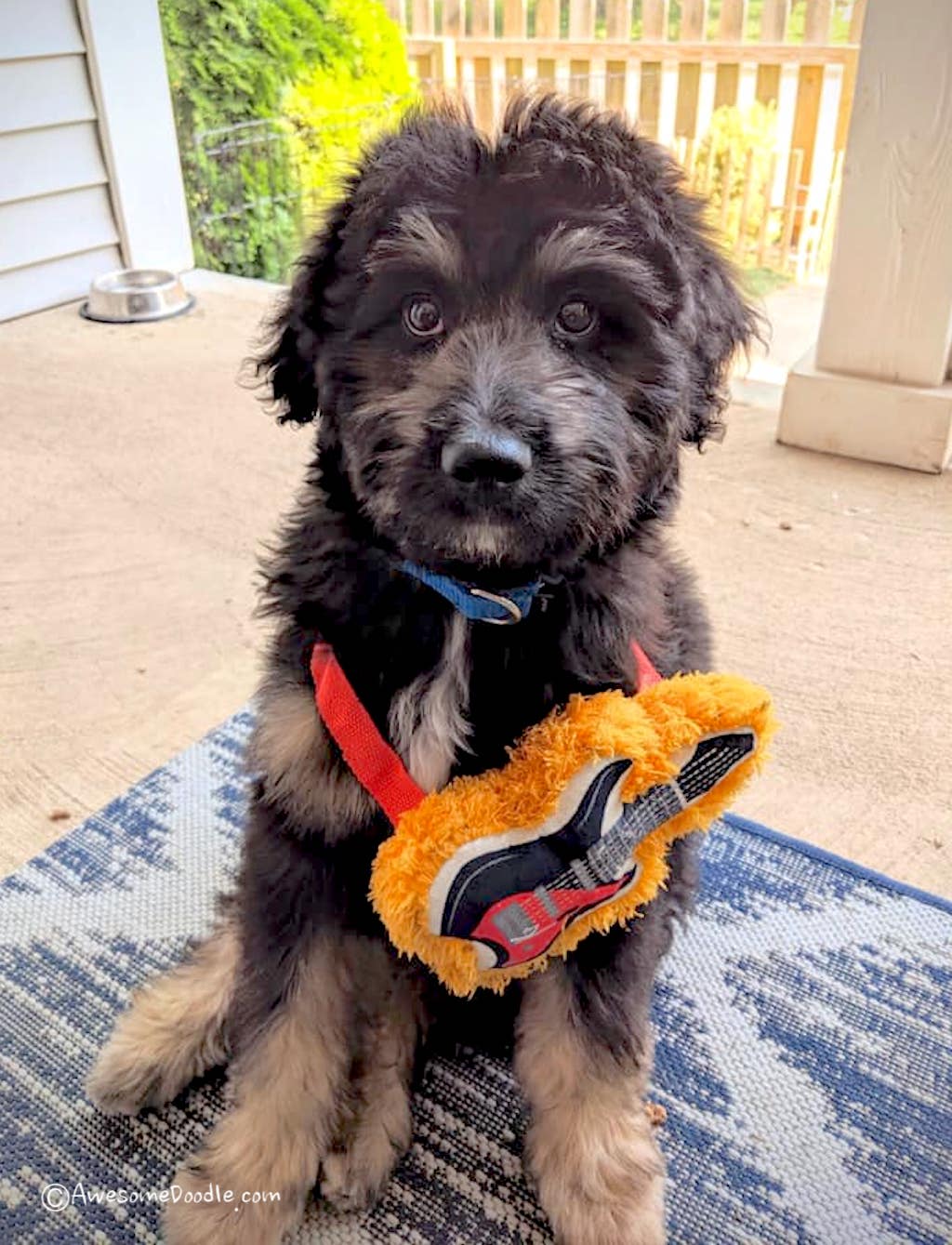