Ziggy is doing great. He’s about 19lbs right now. He’s doing really good with his training and is relatively chill actually. He goes everywhere, and does well at the book store, the Apple store, and group settings. hes really a good snuggler on the couch. No matter what time he goes to sleep, he always gets up at 5:30AM. He’s ready to go then…..but we’re not.

He’s really a fantastic dog, and he’s wicked athletic. he’s so fast, and has great jumps! Ziggy’s good at his tricks and general obedience commands. He plays fetch well in the house, but hasn’t transitioned fetch outside yet. Lots of things to work on with him still, but that’s because he has so much more he can grow into. Everyone stops to ask what he is and comments on his looks.

He’s what we expected and wouldn’t change a thing. Ziggy and Awesomedoodle was definitely the right choice. – Jay & Heather

Ziggy is a male Blue Merle AussieDoodle with that half white collar we love so much and a little bit of copper. He should look like Izzy when he grows. Congrats to Jay & Heather. 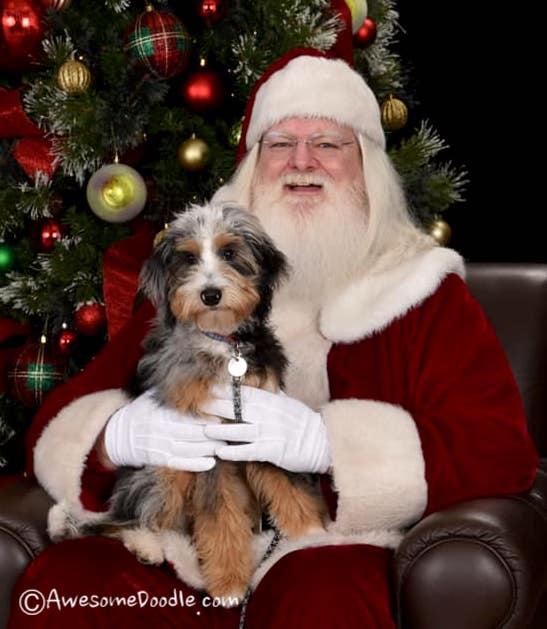