Congrats to: Congratulations to Maria Elena and Carlos from Puerto Rico on this handsome guy! on this Boy, Archer.

Archer is doing amazing! We began obedience training two weeks ago. So far, he’s had 4 one-hour sessions out of 8. He learns so so quickly, the trainer is really having fun with him. Obedience training has been the best investment, because although we had been training Archer with your articles and videos and he was doing great, professional training has made a huge difference on his overall behavior. So far, he knows his name, holds eye contact, comes on command, sits and holds his sit while looking at us (we walk away and distract him), plays fetch, walks perfectly on leash, knows ‘leave it’, ‘drop it’, ‘spin’, ‘turn’, and we’re working on ‘sit pretty’ (standing on his back legs). We’ve had really successful training sessions! His personality is amazing—he’s a high energy Velcro puppy, and loves to snuggle while taking naps. He adores people and greets everyone by laying down on his belly for scratches. He bites A LOT, but we recognize it is normal puppy behavior (however, we're really hoping this fades away with time after he finishes teething). One of our biggest struggles has been his socialization with other dogs. So far, he’s met 2 other family dogs (one at a time, and they both have their full vaccinations) and it’s been hard to control him. All he does is bark and tries to hump them... the two dogs have not enjoyed spending time with him. Is this normal puppy behavior, or should we try to socialize him somehow? We would really appreciate some tips on this. We just began transitioning his food because we’re starting to getting low on ProPac. After much reading, we’re going to feed him a mix of Orijen puppy food and Stella & Chewy’s freeze-dried patties. These have great ingredients and are low on preservatives and carbs. He also loves it! Stella & Chewy’s freeze dried patties have different protein bags (duck, turkey, chicken, etc), so I’ll be mixing them around. His vet visits have been good as well, he finished his 3rd round of vaccines on Saturday so we’re waiting a couple of days until we can actually take him outside on the ground. So far, it’s been a great summer and we’re enjoying every second with him! We can’t wait to take him out! --Best, María Elena 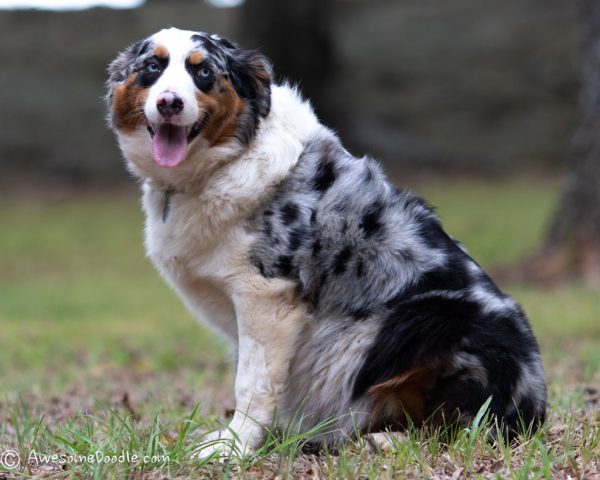