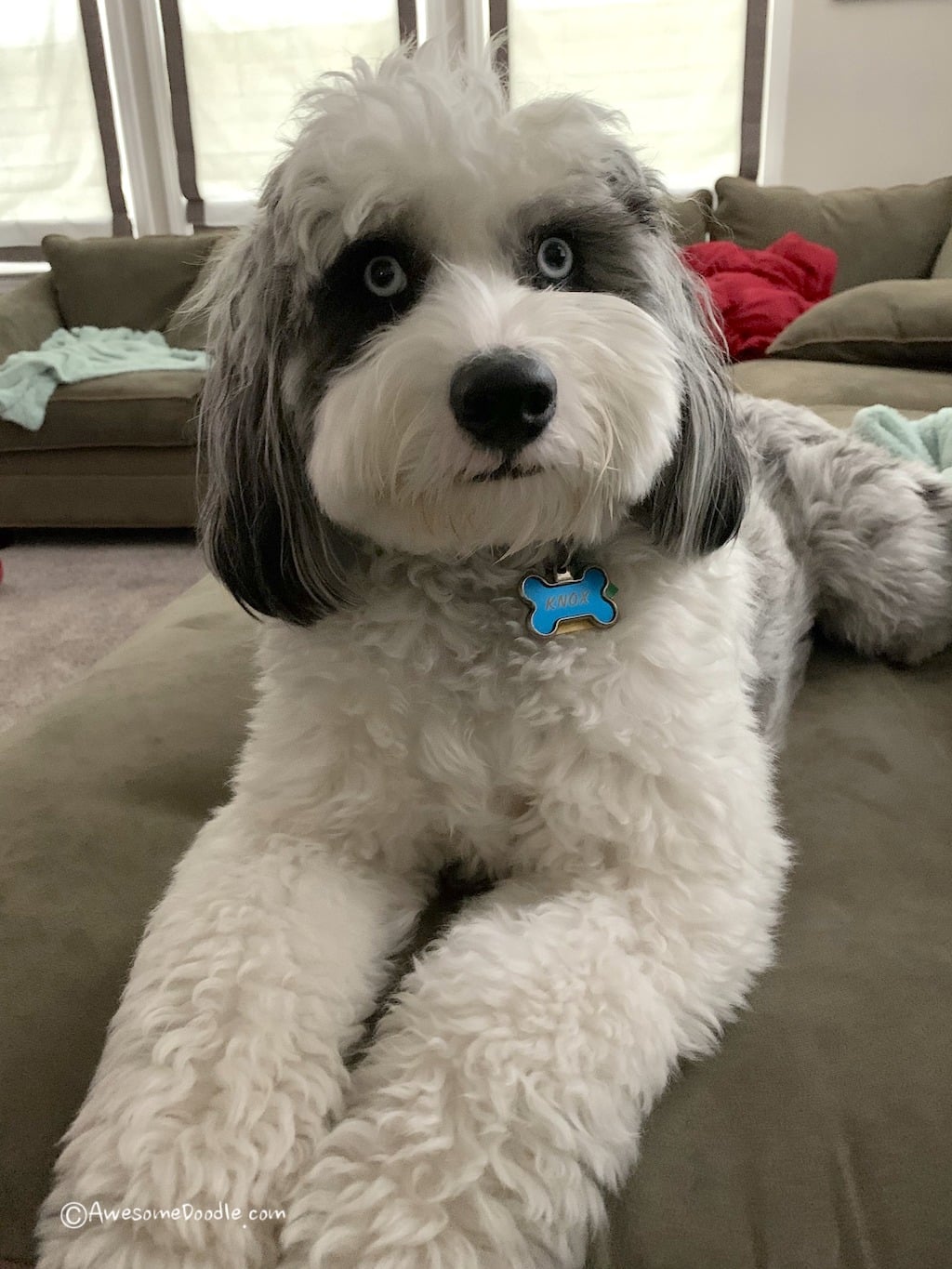 Congrats to: Heidi and Errol in California on this Boy, Knox : ADOTM January 2019.

AwesomeDoodle puppy review / comments submitted by Heidi and Errol in California on their F1 AussieDoodle:

Knox is the cutest little ball of fluff. His favorite thing to do is hit the park each evening and play with all of the neighborhood doggies. His friends range from a HUGE Newfoundland named Moose, an English Sheepdog named Penny and another Aussiedoodle named Blue Bell. But his favorite friend of all is his girlfriend, another mini Aussiedoodle named Snickerdoodle, aka Snickers. As you all know, whenever we take Knox anywhere we can’t walk 2 feet without someone wanting to know all about him. They constantly comment on how beautiful he is and how his eyes are simply amazing. He just loves meeting new people and soaks up as much love as he gives out.  Right now, he loves to chase other doggies more than toys, but he is starting to run after a frisbee, so we are hopeful to have a frisbee doggie. His favorite time to cuddle is in the morning. He loves nothing more than Sunday morning cuddles on the couch.  Thank you Awesomedoodle for giving us the opportunity to bring lil Knoxy into our family. "We love him so very much. He is so cute and is doing so great. I can't believe how chill he is at barely 4 months old!"