“Hi All! Lucca has been the most wonderful addition to our family!
He has a four year old big sister Golden Doodle, named Presley that he adores.  They are never far from each other.
Their playtime consists of tug-a-war with anything the other one has, or chasing each other around the entire house thru the doggie door and all over the backyard until they are exhausted.  Then they end their chase by cooling off (no matter what time of day or how cold it may be outside) by wading in the pool.
Lucca was so quick to potty train.  He just followed Presley and it was done.
We chose his name from our Italian heritage.  It means “to bring light, or highlight”  And he has most certainly done just that.
Lucca is smart, loyal, affectionate, and so funny.  He loves everyone he meets, and thinks everyone needs his kisses.
He loves stuffed animals and takes every single one of them out of his toy box to play, every day.
He is an amazing jumper and I hope to get him catching frizbees soon.
He weighs 28 pounds now.  He has one powder blue eye and one half powder blue/half amber eye.  He is beautiful!
Thank you to Jordan, Angela & Faith, and the whole AwesomeDoodle Family!”-
Joi

Lucca is a red merle male aussiedoodle. He has a full white collar and a lot of white on his chest and legs too. He has the cutest dark brown ear, dark patch over his eye and copper coming out on his face. We think he will look like Oliver as he gets older. Congratulations to Joi and her family in California. 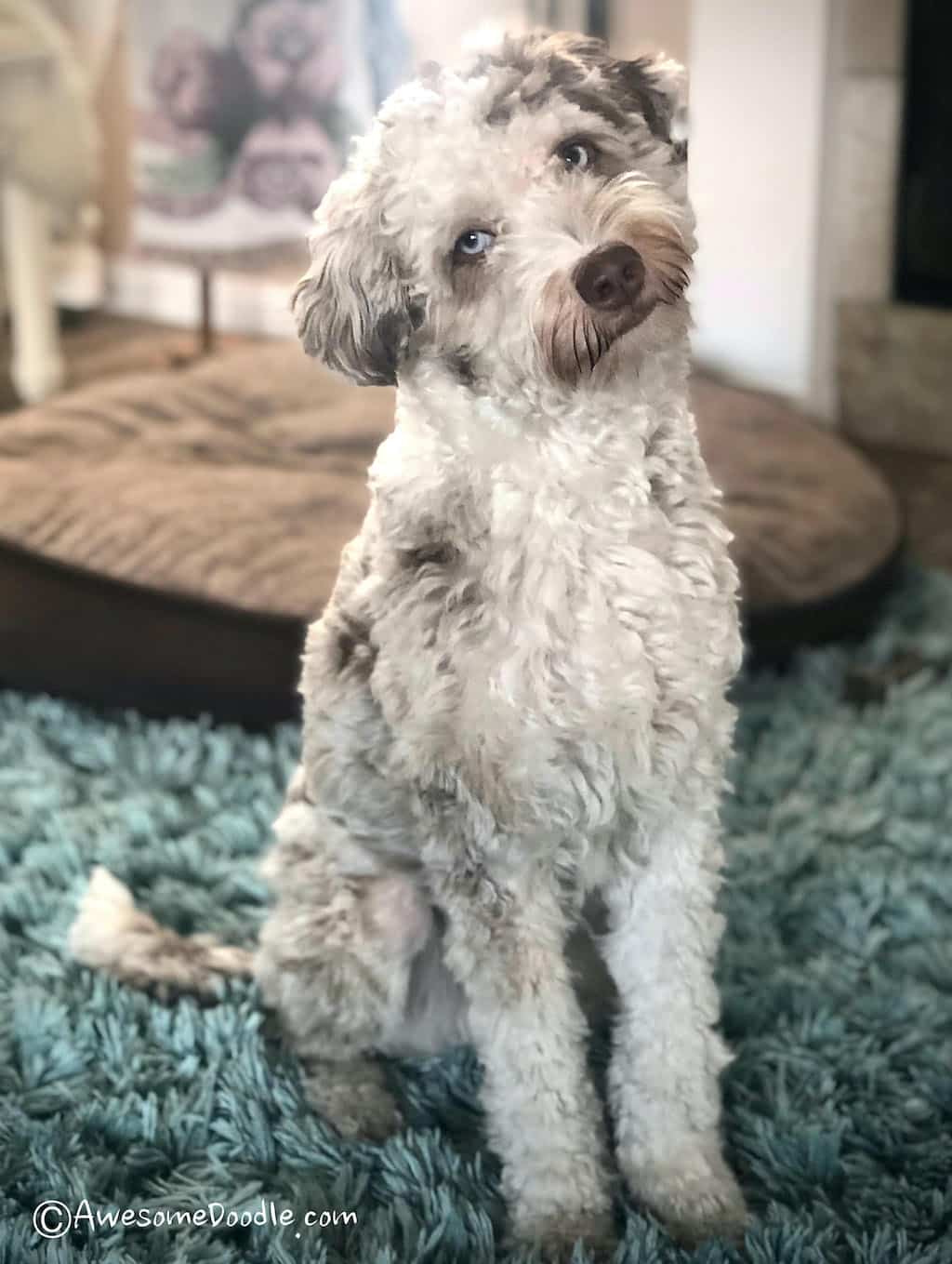