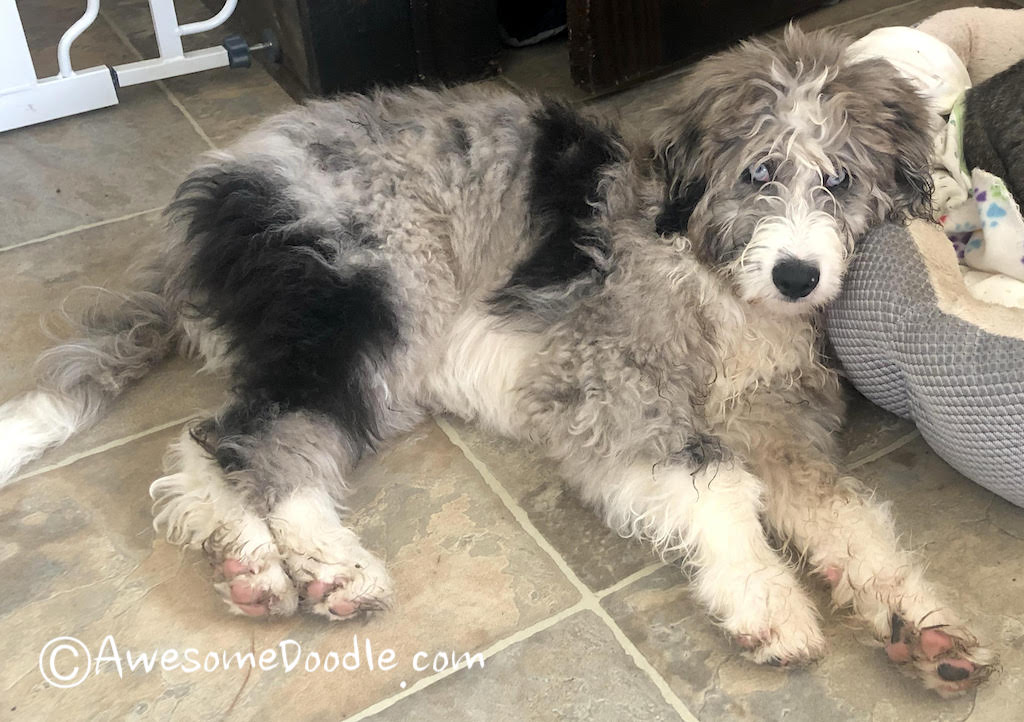 Congrats to: Jennifer and Chesney in New York on this Boy, Hamilton.

AwesomeDoodle puppy review / comments submitted by Jennifer and Chesney in New York on their F1 AussieDoodle:

"Hamilton is just amazing! It’s hard to believe it’s only 2 months that he has been a a part of our family, because he just acclimated so quickly to our world and lifestyle! Favorite things: ANYTHING that Wilson has is exactly what he wants, even if he has the same thing :). Aside from that, he loves belly rubs, the cat, playing fetch, morning walks, training class, every person he meets, (regardless of its the first or hundredth time), his bed, crinkling water bottles, the pool, (water in general) his brother and above all, Chesney and me! I have yet to find anything he doesn’t like. Anything that he was leery of, we’ve conditioned him to accept it, like the vacuum and hairdryer. Socializing is a constant activity. Now that he’s all set on shots, we’ve really been hitting the town. He’s been to Rhode Island and Boston and played at several beaches and parks there. He’s stayed in 3 different hotels and met lots of new dogs and people of all shapes, sizes, colors, and abilities (dogs and people). We start every morning with our trail walks with dog friends where we work on calm greetings and lots of recall. He completed star puppy and is now in canine good citizen and will eventually test for TDI. He often goes into the office with me and will go into any store or restaurant that allows pups, even our bank! And always, people want to know what he is, and everyone wants to steal him! He had his first swim experience in a pool the other day, and loved it! He swam to Chesney and then just lounged in her arms then swam back to me on the steps and sat on the top step for a while. He’s going to try paddle boarding tomorrow and I’m sure he will be a natural like Wilson. His intelligence shows in so many ways! Quickness to learn new tasks and adjusting to new stimuli/situations are done with ease. He is the youngest dog in his training class and is often the one to demo in class. Wilson does rally course so Hamilton has learned several of those commands simply by emulating Wilson when we practice at home. He’s not to be outdone by big brother. He has mastered sit, stand, down, spin/turn and loose lead walking. He’s working on wait/stay, leave/drop, and calm greeting, recall is excellent, and ongoing. He’s potty trained, and is now maneuvering stairs up and down with ease. He rides calmly in the car for any duration. He has zero reaction to fireworks and thunder. He is starting to lose teeth. Hes chewing on lots of good toys and ice cubes to help in this process. He’s so tall and fluffy! He looks so funny when he’s wet because he’s so skinny under all that fluff! He weighs 17.5 lbs as of Monday. Our training plan is to continue with canine good citizen through completion and probably on to advanced obedience and/or rally. He won’t be able to test for therapy dog until he is one. Volleyball season starts in less than 3 weeks, so he will meet the team soon and he and Wilson will continue to bring smiles and joy to stressed coaches and players! (And overly anxious parents in the stands) he is such a snuggler and gives the best kisses! He is always so happy and full of bounce, everyone who meets him loves him! People and dogs alike! We could not be happier that he is ours!!" - Jenn 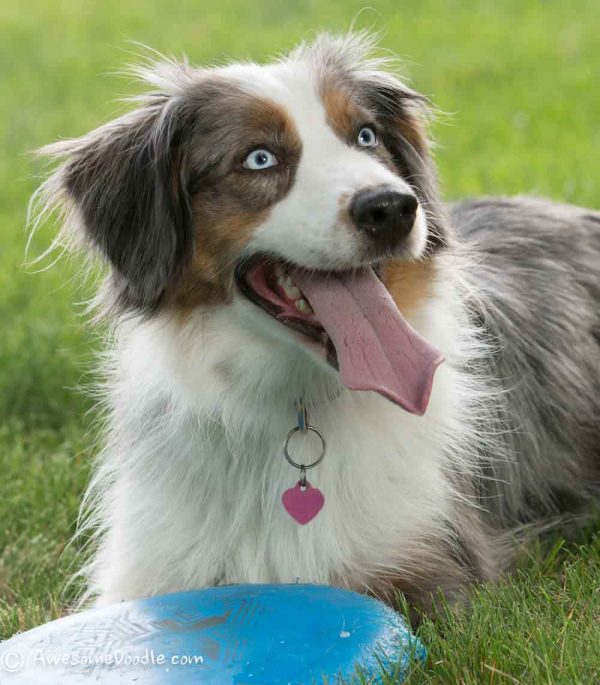 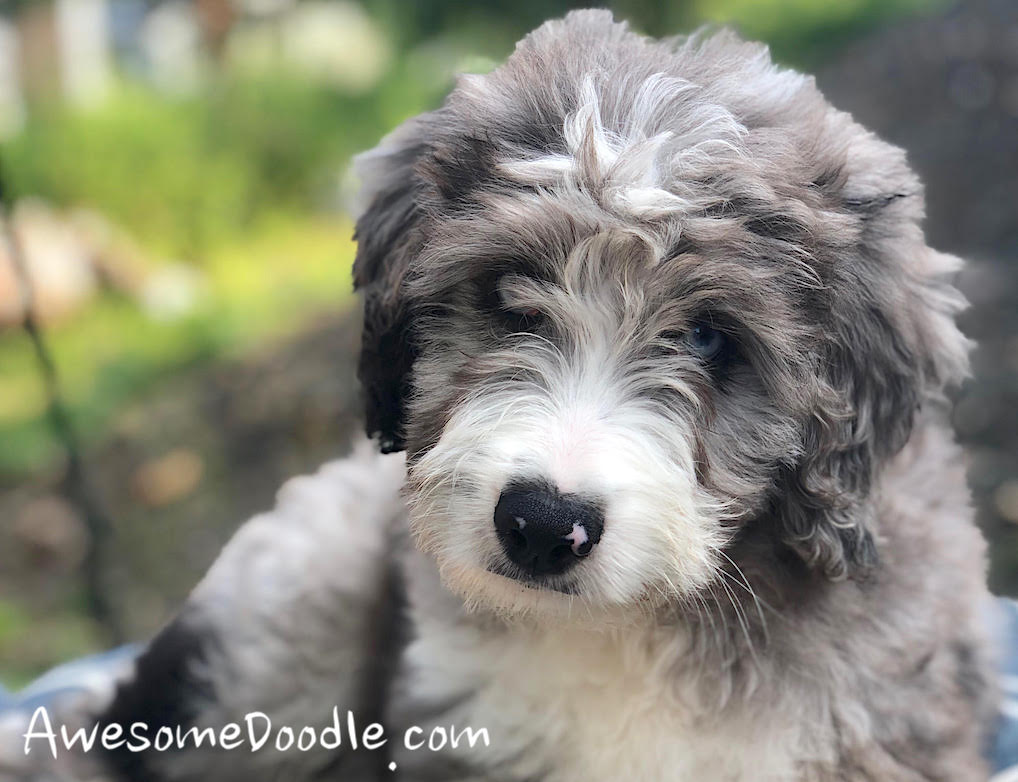