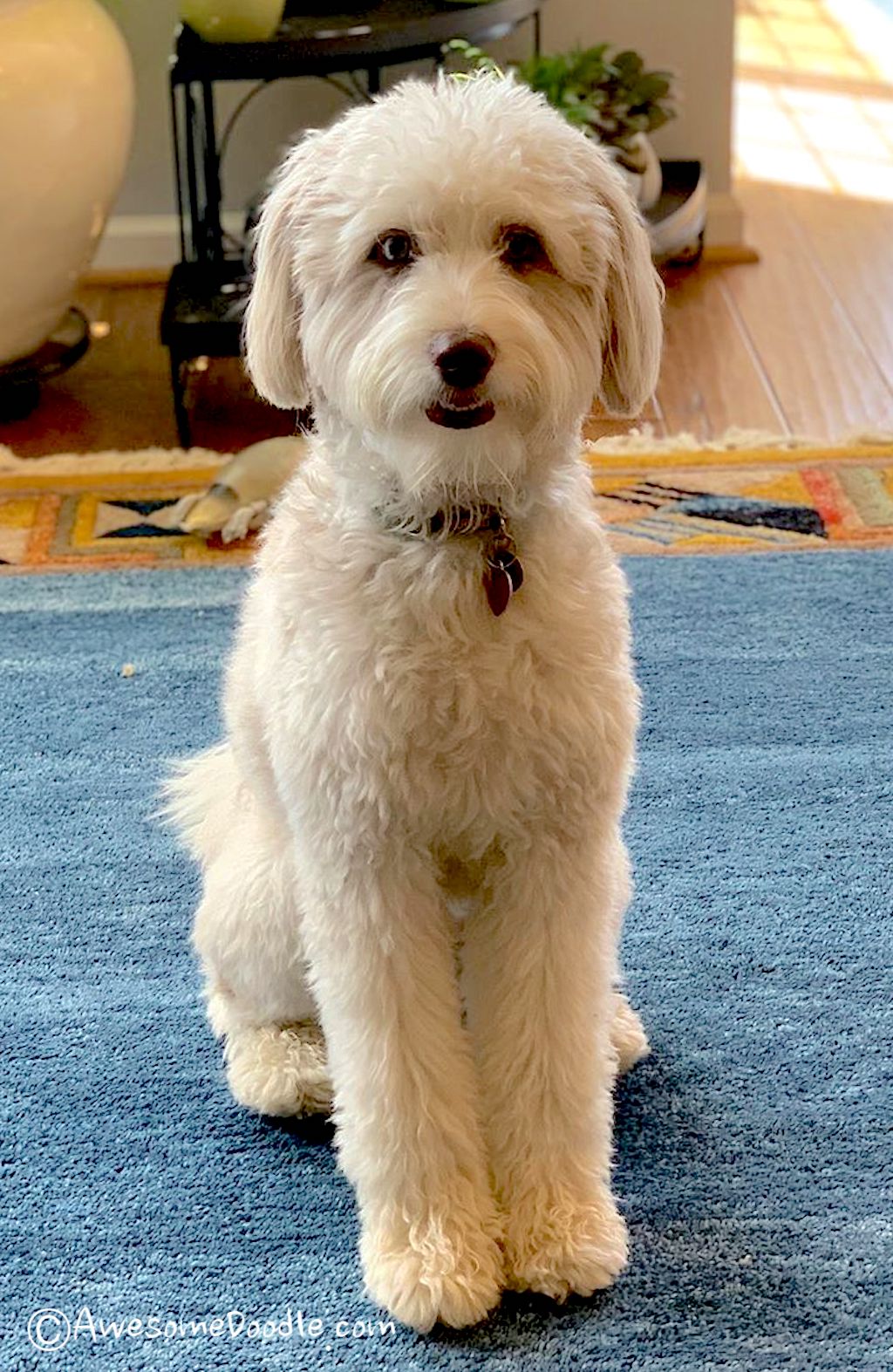 Congrats to: Lucy and Alex in New York on this Boy, Cashew.

AwesomeDoodle puppy review / comments submitted by Lucy and Alex in New York on their F1 AussieDoodle:

"It crazy how much Cashew has grown — he’s now 13 pounds but packs the punch of a much bigger dog.  What Cashew loves - stuffed animals, goat horns, playing outside in the park, playing with all dogs and saying hi to little humans  What Cashew does not like — baths, alone time anywhere, vacuums, church bells, being held for too long  Socialization - doggy daycare, dog park, play dates with neighborhood pups, taking the subway  Super smart signs — “secretly” takes out goat horn from night crate and will eat it quietly in the hallway instead of bringing it to the living room, knows leave it and drop it like a champ, knows to sit until we give the release word for all meals  Thanks so much for all the advice Courtney! Cashew is growing into a wonderful pup and shows us he learns so well.  We look forward to staying in touch!"