Lucy is a blue merle female aussiedoodle with beautiful copper markings. She has a big white patch on her chest, chin and a little white on each paw too. She’s perfect! We think she will look like Da Vinci as she gets fluffier. Congratulations to Sharon and Andy in Maine.

“Lucy’s dramatic copper markings and blue eyes turn heads wherever we go. She’s so friendly, too. Her personality is just as beautiful as she is. We love that she’s both fun and cuddly. Lucy is eager to learn and has known “sit”, “eyes”, “lay down”, “rollover”, and “stay” since she was twelve weeks old. By the time she was 15 weeks, she would sit at the door while I opened it and wouldn’t cross the threshold until I said, “Okay!” Now, I can place her breakfast in front of her, tell her “leave it,” and she won’t go to her dish until I release her. And her classes for basic training don’t start for another week.” 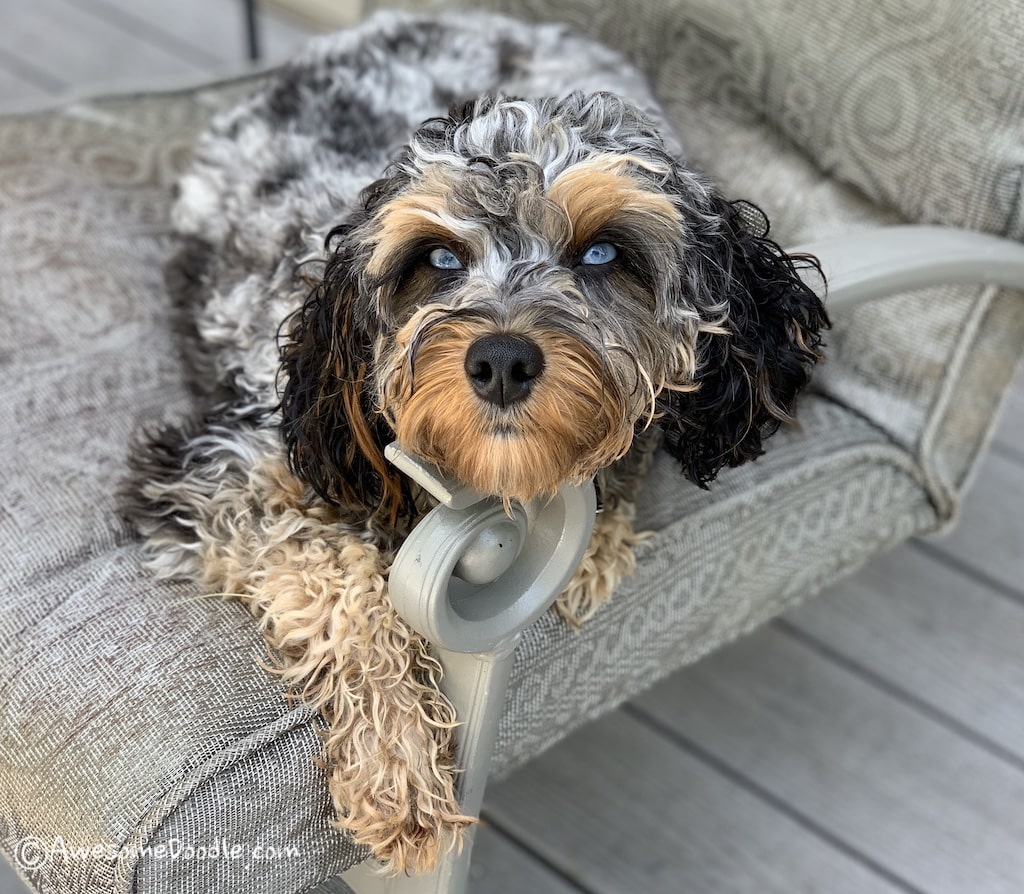 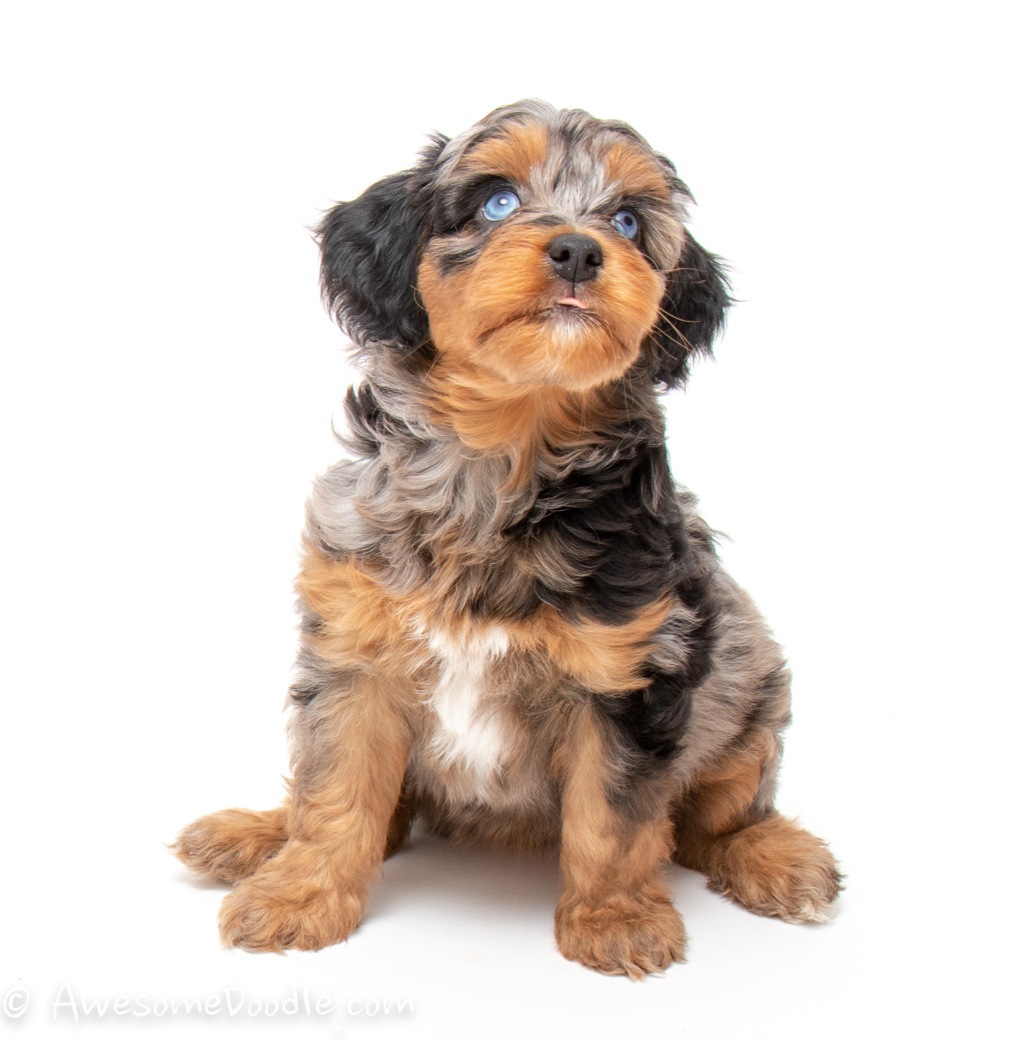 AWESOMEDOODLE FAQ
Do you have puppies available?
Are you a Puppy Broker?
What are my puppy Delivery Options?
Where are you located?
When can I pick my puppy?

WHY AWESOMEDOODLE?
From our home to yours
Lifetime Puppy Support
Professional Health Care
DNA tested to prevent genetic defects
Quality Puppy Photos and Videos
Full Transparency
Preventing Homeless Dogs
Who has an AwesomeDoodle?